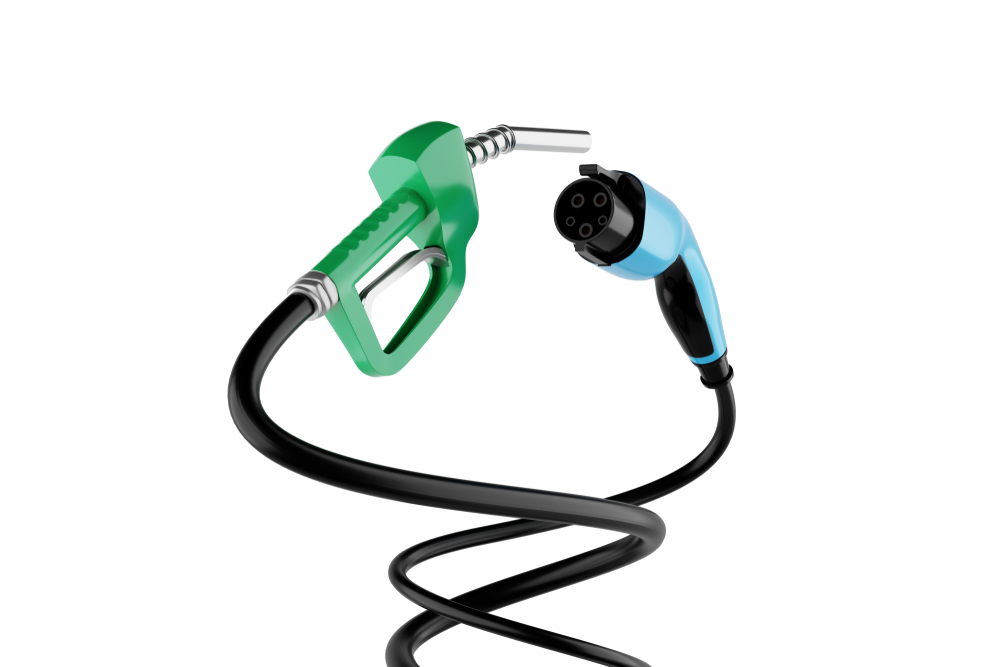 Choosing a car is much more than choosing a make and model nowadays.

If anything, the model or make you get is secondary to another key feature that is becoming much more important.

And that’s whether you should choose a hybrid vs petrol vs electric car.

There’s advantages and disadvantages to every choice.

But with hybrid and electric cars becoming more common, and governments all over the world taking steps to reduce the number of combustion engine powered vehicles on the road – what should you consider when making a choice?

In this quick guide we look at the pros and cons of each type of engine type to help you make an informed decision.

Hybrid vehicles use a combination of an internal combustion engine and an electric powered motor.

While they’re more environmentally friendly than a purely petrol or diesel car, they still do have the combustion engine and the associated emissions that come from it – all be it not as much.

Unlike electric vehicles, you don’t recharge the electric battery or motor by plugging it in (unless you get a plug-in hybrid – which we’ll talk about more later on).

Instead, the battery is powered by ‘regenerative braking’.

This means every time you use the brake, the power goes to the battery and recharges it. The battery can also be recharged through the combustion engine.

One of the main advantages of a hybrid engine (apart from the reduced emissions we’ve already mentioned) is the improved fuel economy of having both an electric and combustion engine.

For the most part, hybrid engines work on the principle that the electric motor will kick in first, and the combustion engine will be used to give the vehicle a boost when it gets to a higher speed.

It’s what makes hybrid cars ideal for city driving as – very often – you can drive at lower speeds without engaging the combustion engine and saving on fuel.

They’re also more affordable than they used to be too as the technology has improved and become more commercially viable.

A Toyota Prius for example – one of the most popular hybrid cars on the market – is available for under £25,000 as new.

But they’re not perfect.

The fact remains that while hybrid vehicles do have a battery powered motor, they also have a combustion engine.

This means they will send emissions into the atmosphere that are environmentally damaging, but they also have the same issues regarding the repairs and maintenance of a combustion engine.

Both have an electrically charged motor and an internal combustion engine – and run off both.

And in both vehicle types, the electric motor can be recharged through regenerative braking and through the combustion engine.

The only difference between a regular and hybrid plug-in is that a hybrid plug-in can also be recharged via a power outlet at home or through a public charging point.

In a petrol vehicle, the engine is powered by injecting fuel into a combustion chamber where it’s combined with air and then ignited via the sparkplugs.

In a diesel engine, the air is compressed in the chamber first to reach the required temperature to ignite the fuel once it’s combined.

Despite remaining the most common engine type, the benefits of having a petrol- or diesel-powered car are dwindling all the time.

First, there’s the cost of owning and running this type of vehicle.

While the costs of the vehicles are roughly the same now as their electric or hybrid counterparts, they’re much more expensive to run and maintain.

We’ve all seen the costs of petrol and diesel increasing in recent years.

In the last year alone, petrol prices have risen nearly 25% to around £1.49 a litre. It means based on the average miles per year (6,300m for petrol cars), drivers will now spend more than £1,000 a year refuelling their cars.

Plus the cost of taxing a car.

On top of the financial burden of a petrol or diesel car, there’s also the environmental impact these types of engines have.

The emissions from both petrol and diesel cars are well known contributors to climate change and they’re also a key contributor to poor air quality in highly congested areas like cities.

It’s why governments around the world are trying to reduce the amount of emissions getting into the atmosphere from petrol and diesel vehicles and why in the UK the sale of new combustion engine vehicles are set to be banned from 2030.

Electric cars – as the name suggests – are vehicles which run purely via an electric engine.

Like hybrid plug-ins, they are equipped with built in charge points that can be used to recharge the vehicles either at home via a home charger, or via a network of publicly available chargers around the UK.

While electric vehicles still make up a small proportion of vehicles on UK roads, compared to petrol cars, they’ve seen a much bigger rise in the last year.

And the benefits of electric cars are obvious.

As we’ve mentioned before, pricewise, electric vehicles are around the same price as petrol cars when looking at comparable models.

If anything, electric cars are now cheaper thanks to a range of government grants available to increase the number of EV sales and reduce the costs to consumers.

From a maintenance and repair costs, electric vehicles are also cheaper.

Because they run off battery engines, they have fewer parts than combustion engines, so are cheaper to maintain.

You still require an MOT for an electric vehicle to ensure it’s road worthy but again, because they have fewer engine parts, there are less things to go wrong and these costs tend to be cheaper too.

Plus, purely electric vehicles aren’t liable for road tax, because this is based on emissions (which EVs don’t produce).

As we’ve mentioned, the average cost to fill a petrol car is now around £1,000 a year.

EVs however are significantly cheaper.

While it can cost close to £100 to refill a petrol engine from empty, it costs an average between £2 and £14 to recharge an EV from empty.

Also, when it comes to the costs of installing an EV charging station at home – which reduces the charging costs even more – there are government grants available which can reduce the installation costs by up to 75%.

If you decide to make the switch to either a plug-in hybrid or fully electric vehicle, or you’ve already made the switch and need a cheaper way to charge your vehicle, then consider getting your EV charge point from Downtown Electrical.

We have a range of EV charge points available from the main suppliers and can help with every stage of the installation – including helping you access all the grants and discounts you’re eligible for as part of your installation.

Want to find out more?

Get in touch for a quote.