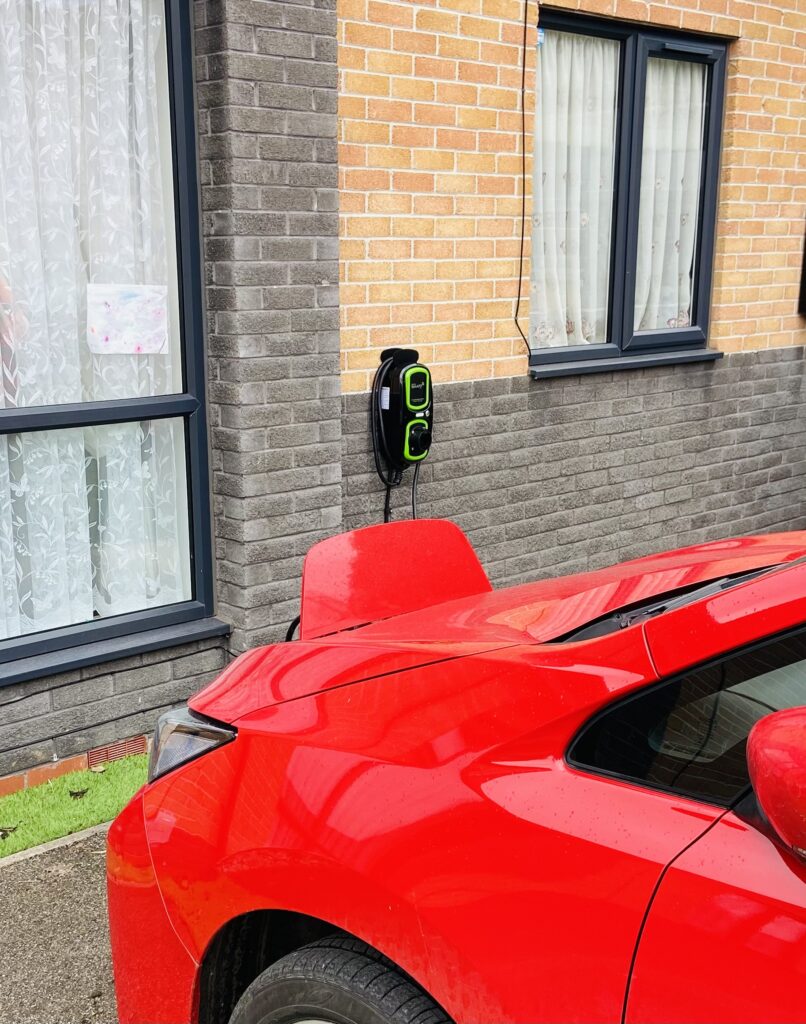 When installing electric vehicle charge points, driving an earth rod has always been the standard way to protect users from potentially getting hurt if the system ever develops a fault.

However, driving earth rods is time-consuming, expensive, and can be dangerous if you accidentally hit the water mains or sewerage pipes.

In 2020, the Institution of Engineering and Technology (IET) and the British Standards Institution (BSI) introduced Amendment 1 to the 18th Edition IET Wiring Regulations to regulate standards for installing EV chargers without earth rods.

New generation EV charging units have been developed without requiring an earth rod, but some people are still not sure whether they need one or not.

Let’s look into the new safety standards for EV chargers to set your mind at rest.

Why do EV charging stations need an earth rod?

Most UK homes are wired with a PME system (Protective Multiple Earth), where the earth wiring runs to a main supply point connected to a neutral conductor which is earthed at multiple points.

These systems have the potential for a rare fault called neutral failure, where an upstream disconnection due to degrading or corrosion could increase the risk of electric shock.

With no neutral, anything left on would rise to live potential, which an RCD (residual current device) wouldn’t be able to protect against.

This might not be much of a risk inside the house, where all conductors have the same potential – but if you were standing on the ground outside and touched your electric car, the differences in voltage would make themselves known.

This is why it’s safer to install an earth rod when connecting an electric vehicle charger to the home’s main supply.

The long copper rod is inserted into the ground and connected to the chargepoint to create a separate earthing system.

As electric vehicles have been growing more popular and requiring more charging stations, the IET and BSI have been looking into the best ways for more people to be able to have home chargers installed.

Earth rods aren’t always the most practical or affordable choice due to terrain types, underground pipes, and other nearby earthing systems.

A charger without an earth rod has previously been referred to as a “unicorn device” because it didn’t seem possible – but now it is.

What are the alternatives to earth rods for EV chargers?

New EV charging systems are specially designed to completely disconnect the charging point from the car if a fault develops.

Amendment 1 to the Wiring Regulations makes reference to this kind of technology as an acceptable alternative to earth rods.

An earth rod isn’t required if the equipment meets regulatory exceptions, including monitoring service voltage and isolating the car from the supply and earth if a fault occurs.

The newer EV charging devices have in-built systems to continuously monitor voltage conditions, so if the voltage exceeds a certain amount it automatically triggers the charger to stop operating and isolate from the electric vehicle.

This will happen whether the charger is on or off, and the fault state will remain until it’s manually reset.

These are becoming a more attractive option for people who don’t want holes drilling into their driveways or another pipe added to the wall.

Realistically, not everyone who wants an EV charger at their residence has a suitable place to drive an earth rod, so charger installations have to be accessible in order for more people to convert to electric cars.

The first is Pod Point, which has included this technology in their devices since 2017.

Pod Point offers Solo Smart Home Chargers with a universal socket or tethered cable in a variety of power ratings, without the need for an earth rod in the majority of cases.

It’s the first EV charger in the world that’s compatible with solar energy, and has built-in PEN conductor fault technology to eliminate the need for earth rods.

ROLEC offers an O-PEN:EV consumer unit compatible with their 20A or 40A WallPod:EV chargers as an alternative to an earth rod, but this comes separately rather than the functionality being built-in to the wall charger.

EO charging products also don’t have this technology built-in, but the brand advises the use of Garo earthing devices instead of driving earth rods.

If you’re looking for an EV charger that doesn’t require an earth rod, at Downtown Electrical we’re trusted installers for the major brands providing these products.

Contact us today to talk about EV chargers without earth rods, and find out how we can help you save money on your EV charge point installation.