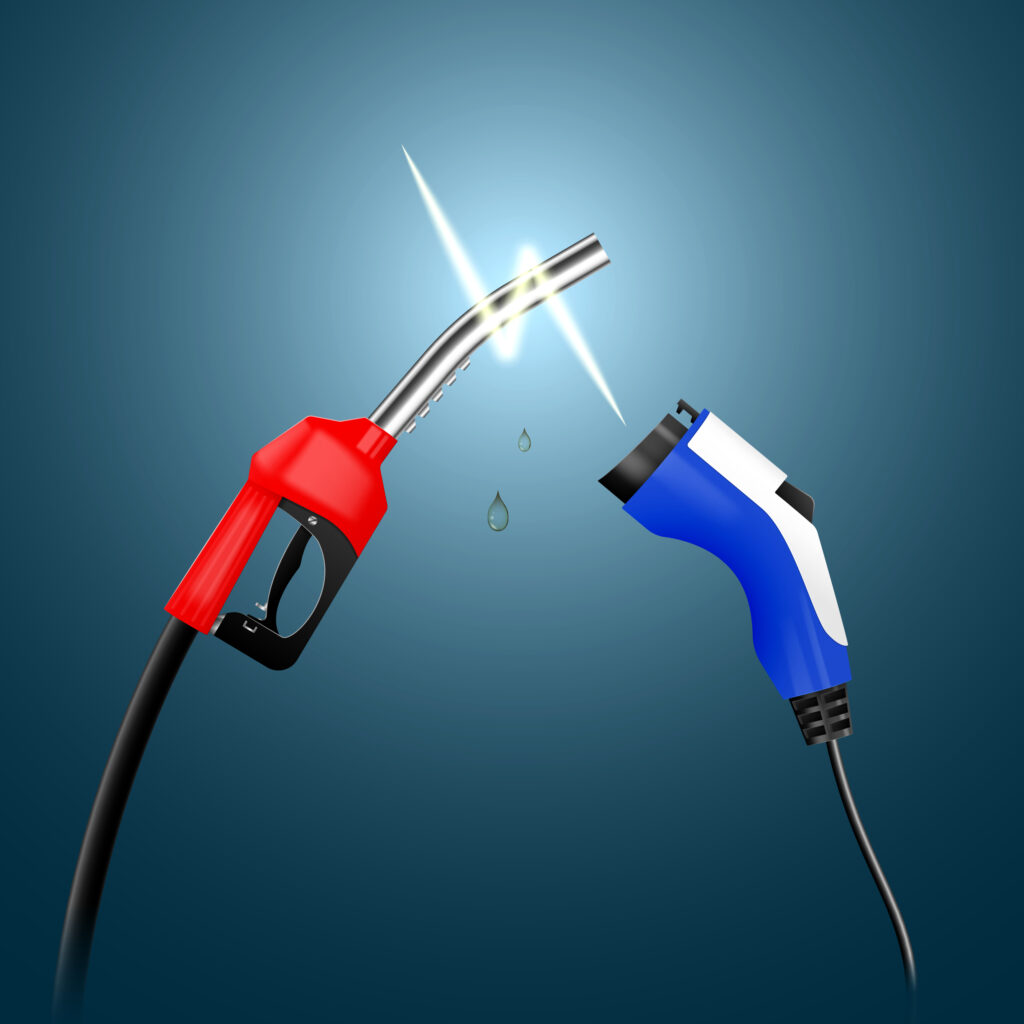 Electric car vs diesel car: which is cheaper to run?

Choosing between an electric car and a diesel car for your next motor?

The biggest difference between these types of cars isn’t just what fuel they use, but the methods available and how much they cost.

In this article we’ll take a look at:

If you’re undecided about switching to electric, read our guide to find out how electric cars compare to diesel cars.

How much does it cost to charge an electric car?

The cost of charging an electric car depends on the local prices for electricity, which are generally cheaper than diesel and petrol prices.

Electric cars have the potential to get a full charge, equivalent to a full tank of fuel, for around half the cost or even less.

While charging an electric car at home comes with the upfront cost of the charger, a government grant is available to cover up to £350 of the installation.

If you plan on charging your electric car at home, it’s a good idea to switch to an off-peak tariff that charges less for electricity during off-peak hours – meaning you can charge your car overnight for less.

Public chargers often come with a connection fee and a higher tariff, so it’s more expensive to get a full charge.

Here are the estimated costs for fully charging an electric car with a standard 40kWh battery like the Nissan Leaf, based on average electricity tariffs of 13-15p per kilowatt-hour:

In comparison, public chargers can cost up to 20p per kilowatt-hour and around £10 for a full charge.

However, most electric car drivers only use public chargers for top-ups now and again, and many businesses even offer free charging for customers and employees.

You can find free electric car chargers near you by applying the ‘free to use’ filter on Zap Map.

How much does it cost to fuel a diesel car?

Diesel is the most expensive type of fuel for a car due to taxation because of its high levels of pollution.

However, some people still prefer diesel cars because they go further on the same amount of fuel than petrol cars do.

While diesel may be cheaper than petrol in the long run thanks to its fuel efficiency, it’s still more expensive than charging an electric car.

Diesel fuel tank capacity can be anywhere from 45 litres to 100 litres, meaning a full tank can run up a big bill.

Though Nissan has discontinued the diesel version of its most popular model the Qashqai, traditional fuel Nissan models have an average capacity of 55 litres.

If the current average price of diesel is 129p per litre, then it would cost a whopping £70.95 for a full tank.

Running at 51.9 miles per gallon, this full tank would average out at a cost of 11p per mile.

According to Next Green Car, the Nissan Leaf runs at 15 kWh per 100 kilometres, with an average cost of 4.1p per mile.

Obviously, the larger diesel tank will get you further than the smaller battery capacity before needing a refill, but electricity still works out cheaper per mile.

How long does it take to charge an electric car?

One area where electric cars might seem to lose against diesel cars is the time it takes to charge a battery compared to how quickly you can fuel up at a petrol station.

It’s true that filling up a tank should only take 5-10 minutes, while complete electric charging can take 4-12 hours depending on the charger type and battery size.

But the thing is that most electric car drivers prefer to charge them at home, usually plugging the vehicle in to charge overnight.

So even though it can take an average of 8 hours to fully charge from flat, it’s not like you’re waiting around the whole time – the car can charge while you sleep and be ready to go in the morning.

There’s also the fact that you’ll rarely be charging from completely flat, more likely just topping up the charge.

Most home chargers will be 3.7kW to 7kW, while rapid chargers are often found at public stations for a higher cost.

Not all cars are compatible with rapid chargers, though, and these are mostly only used for quick top-ups at motorway service stations on longer journeys.

If you top up your electric car’s charge at home every night, you won’t have to worry about waiting around at public chargers.

And even if you do find yourself needing a top up on the go, you could take advantage of charging facilities at supermarkets or shopping centres while you do some shopping.

There’s no need to worry about someone unplugging the charger while your car’s unattended, as there’s a locking system that prevents this.

How long does it take to fuel a diesel car?

Getting to a petrol station, filling your tank with diesel, and paying for the fuel should only take a few minutes.

This does seem like the more convenient option at first, but then there’s the trouble of finding a petrol station when you’re on the road.

You can’t fuel your diesel car from the comfort of your own home while you watch TV like you can with an electric car.

And even if you did need to find a public charger for your electric car, there are currently 14,875 public charging locations in the UK compared to 8,380 petrol stations.

So while diesel fuelling is generally faster, electric charging is actually much easier and more convenient.

How efficient are electric cars?

Vehicle efficiency is measured by how much fuel the vehicle needs to travel a particular distance, or how far the vehicle can travel per a set amount of fuel.

You can convert this into MPGe or miles per gallon equivalent for a better comparison between electric and petrol or diesel cars.

An electric car with a 40kWh battery and 168-mile range like the Nissan Leaf would have an efficiency rating of 4.2 miles per kWh, or 141 MPGe.

When it comes to the miles-per-gallon measurement, the higher the number is the better, as this means the vehicle travels further per energy unit.

How efficient are diesel cars?

According to What Car, even the most efficient diesel cars on the market only have an MPG value of 51 to 56.

Though Which found that diesel cars are more efficient than petrol cars by an average of 4.9 MPG, they’re still nowhere near as efficient as electric cars.

Take a look at these direct comparisons between several top brand electric cars and their diesel counterparts:

As you can see, electric models are usually 2-3 times more efficient than diesel models or more.

Remember that no matter which fuel you use, efficiency will be affected by things like driving speed, braking, idling, and how much you use the heating or air conditioning in your car.

In the battle of charging an electric car vs fuelling a diesel car, electric cars come out on top.

Here are the winners in each category:

Some people do still prefer to drive diesel cars, though with a ban on the sale of petrol and diesel cars coming in 2030, and the number of taxes and charges for diesel emissions, it’s really not worth the investment.

Switch to an electric car instead and contact Downtown Electrical to install your home charger to save money.